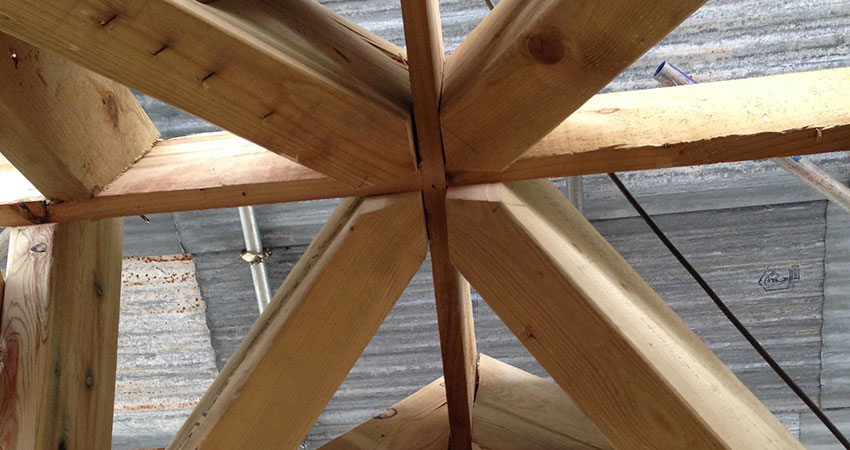 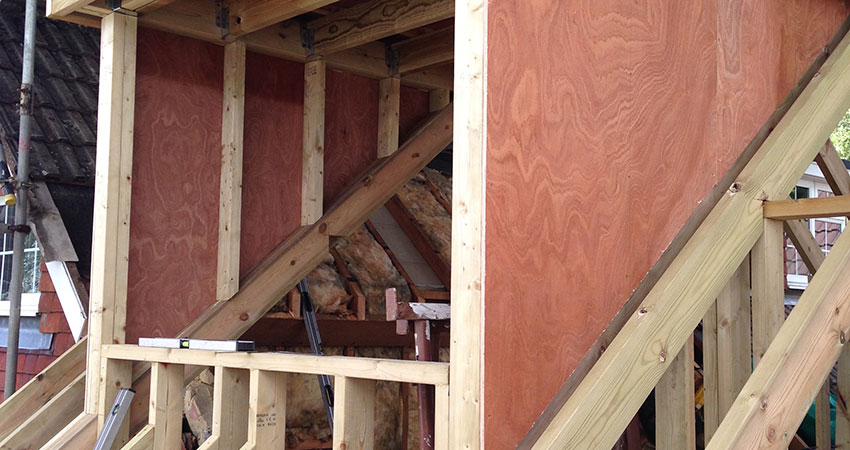 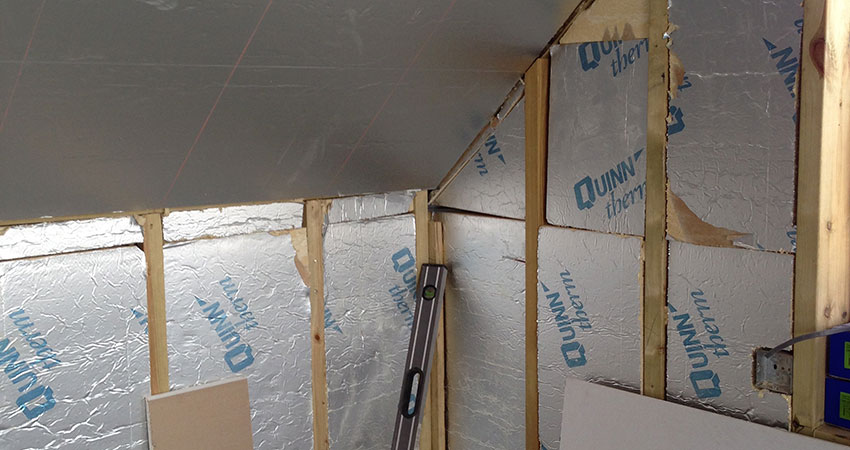 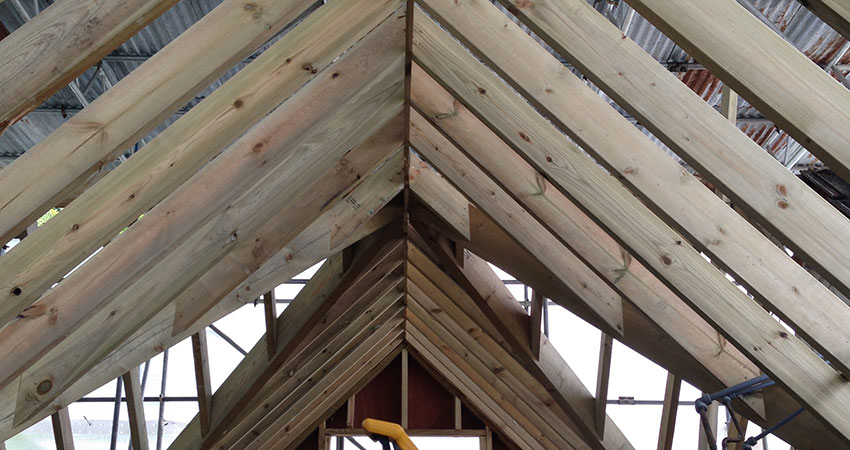 To give the young boys of this family a room of their own was to go into the roof. A large loft conversion was needed to accomplish this. We started by putting a large scaffold called a “top hat” over the whole area to be converted which then meant we could not only work in any weather but it would keep the rest of the house below dry.

Once this scaffold was erected we set to work. All the existing roof tiles and rafters were removed to make way for new brickwork to be laid. Only a small amount of brick and block work was needed to achieve the new higher ceiling levels for the new roof. The new roof was then constructed. (see pic) Tiled and new ashlar and stud walls were built ready for board and vertical tiling. Steel beams were installed to carry the new joists along with thicker joists over the existing ceilings. A large dormer (see pic) was constructed in the main bedroom to give more room and more light. Another dormer was constructed on the hall side of the house to give enough room to enter the new bedrooms from the first floor. Once the roof was finished the main scaffold was removed so we could then get on with the internal alterations.

Inside we concentrated on installing insulation and fitting plasterboard throughout the new walls to give the best heat loss solution through the new roof. A new family bathroom was fitted with new tiling along with a new window. One large bedroom was converted into 2 smaller bedrooms but the new bedrooms formed from the loft conversion were for the 2 boys who loved them. The other converted room was over the flat roof over the lounge and became the main bedroom which we fitted specialist wardrobes in. (see pic) The project was completed with in the time frame and it transformed the clients house from a 4 bedroom property to a large 6 bedroom house.