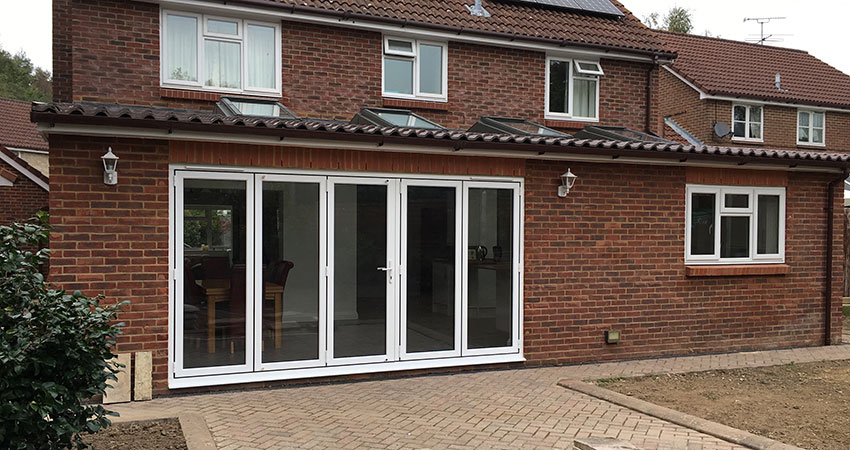 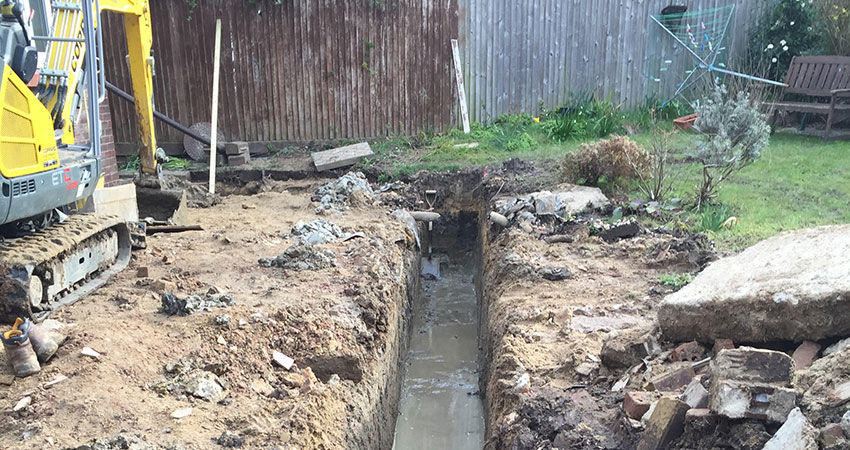 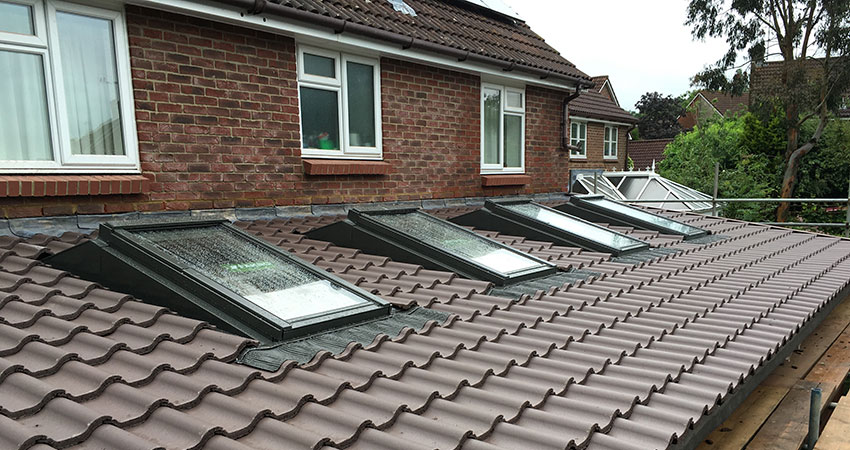 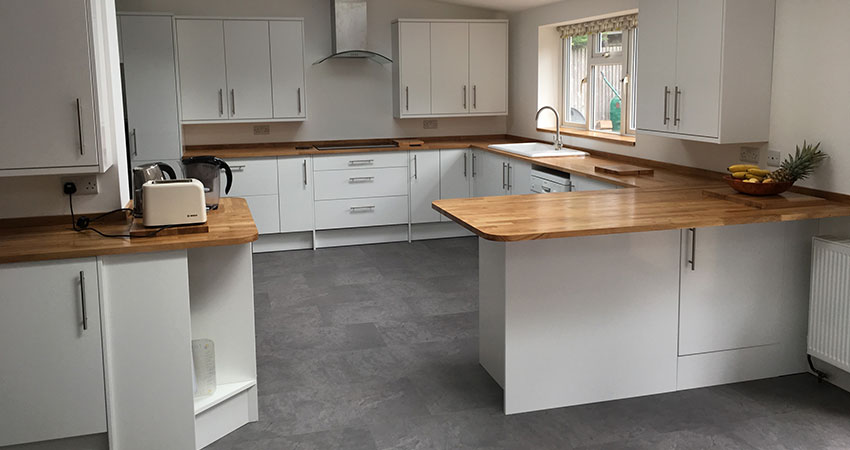 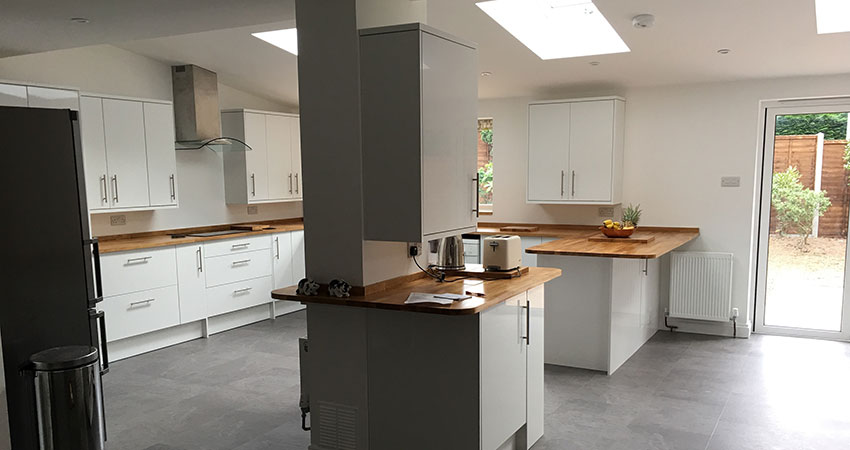 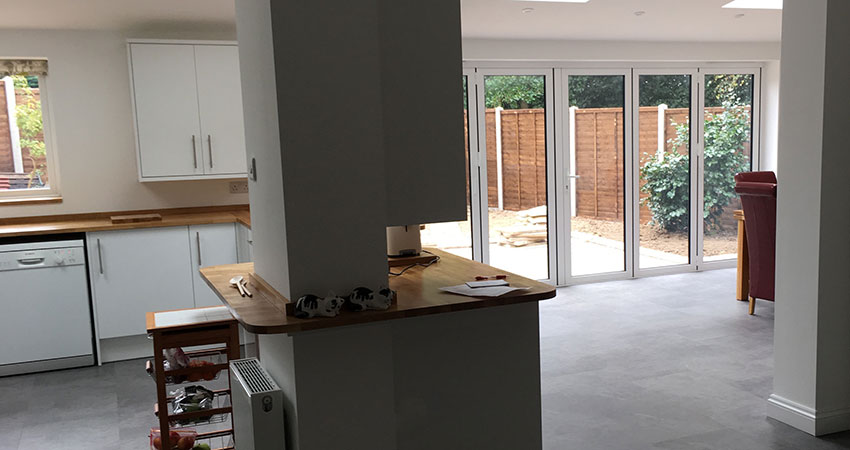 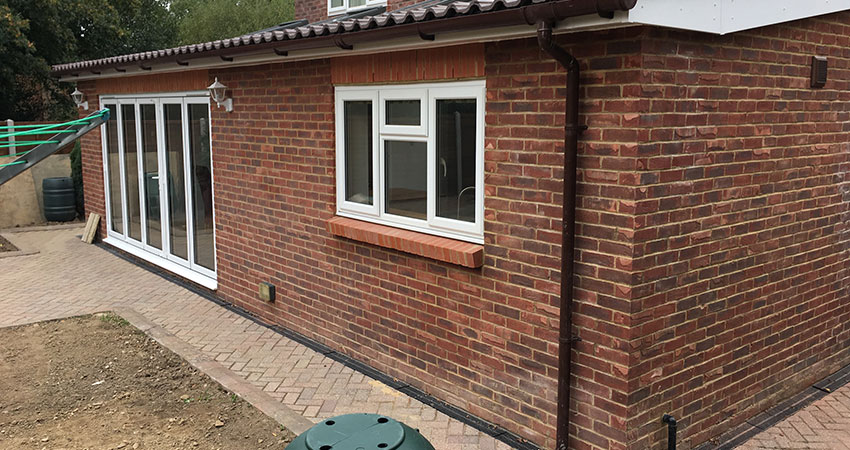 This build was a single storey kitchen extension with paths around the rear and knocking through with steels inserted.

First we had to clear the site before works could begin with digging the footings. Once the concrete was poured we could begin the brickwork up to damp course and once completed the over site was prepared (see pic).

We continued the brickwork up to roof level but there was a slight problem with heights from the architects drawings as the roof would have been too high and struck in the centre of the existing window line on the house. We had to reduce the angle of the roof hence the shallow pitch, but the velux windows were installed using a specialist surround system.

We installed Bifold doors to give a spacious opening to the new patio area (see pic). Steels were installed and the rooms plastered and decorated be the Howdens kitchen was fitted (see pic).

Finally we installed Paths and patio area to complete the project (see pic).