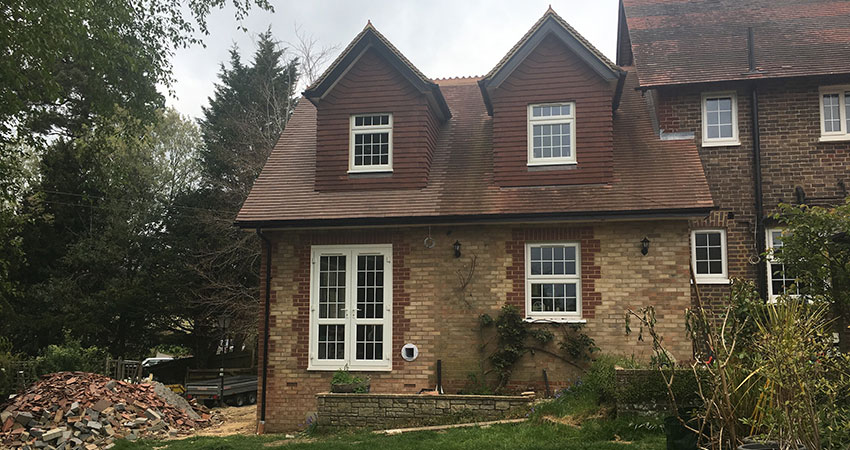 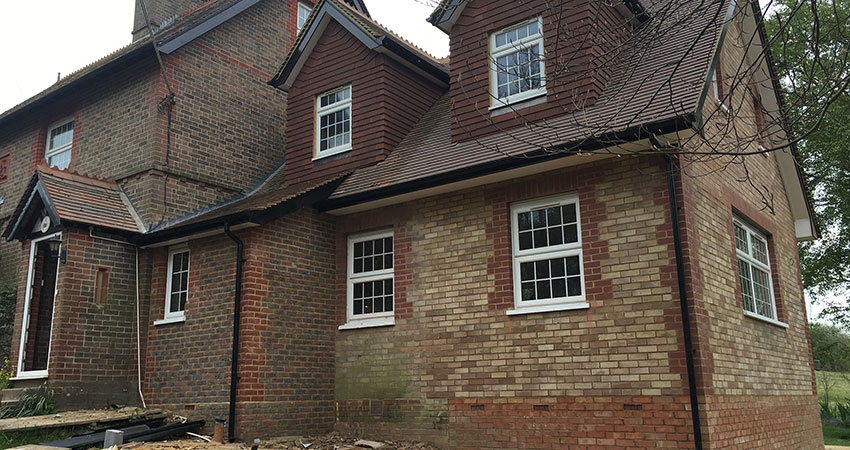 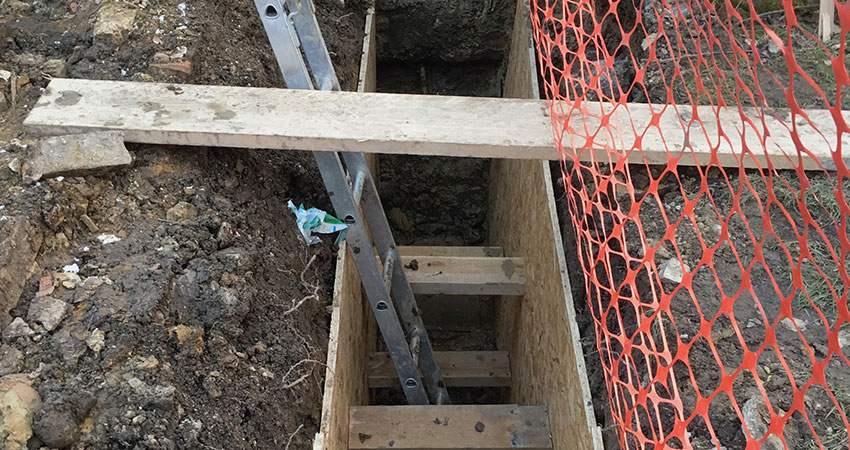 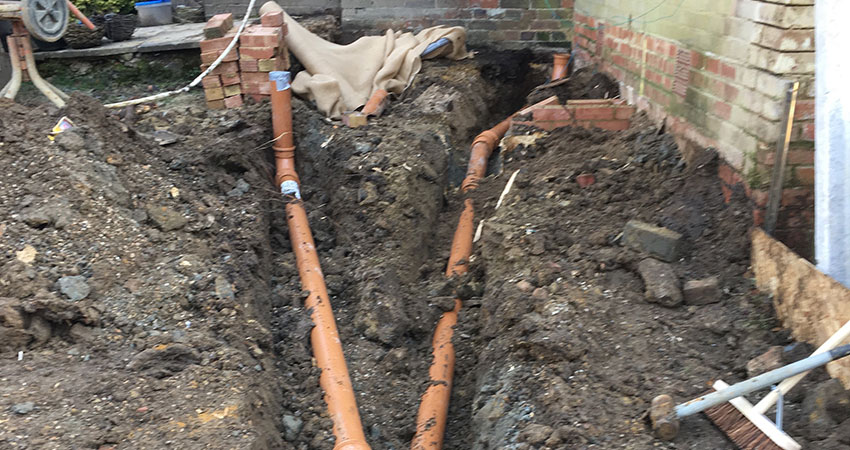 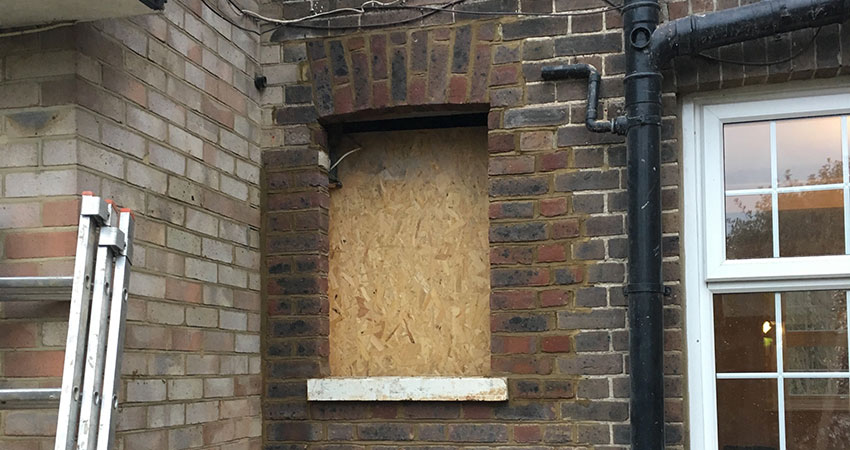 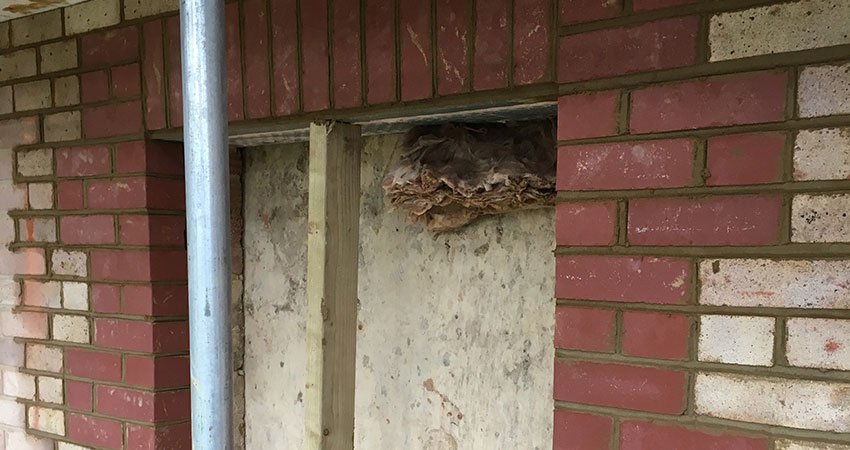 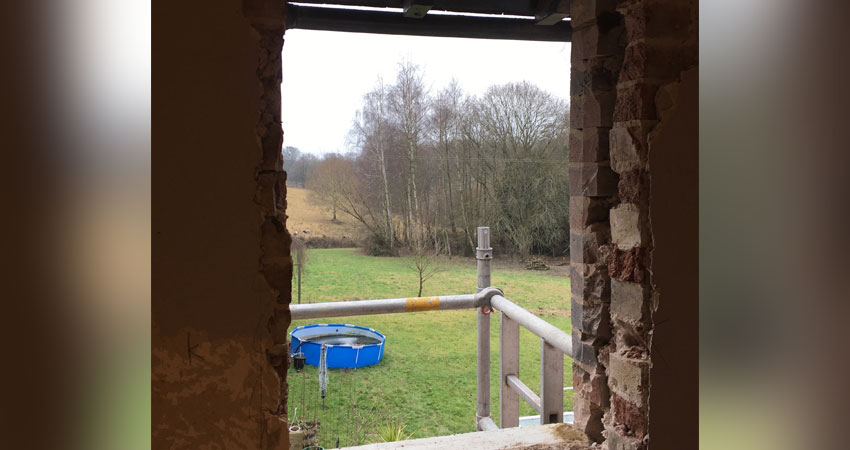 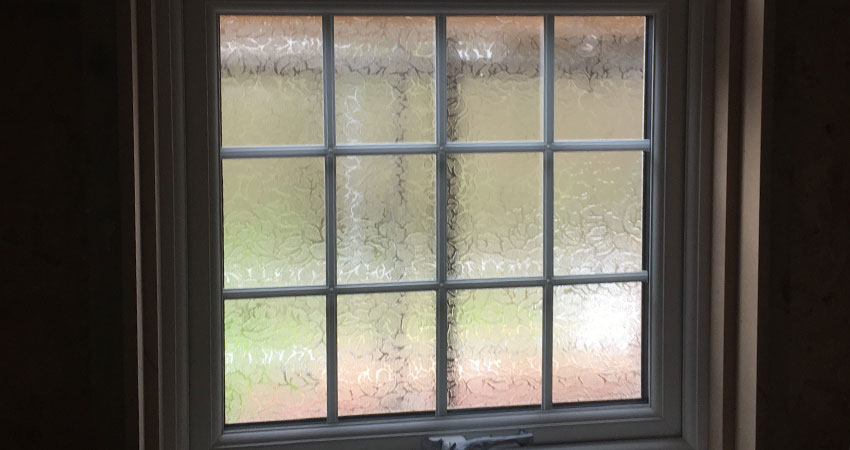 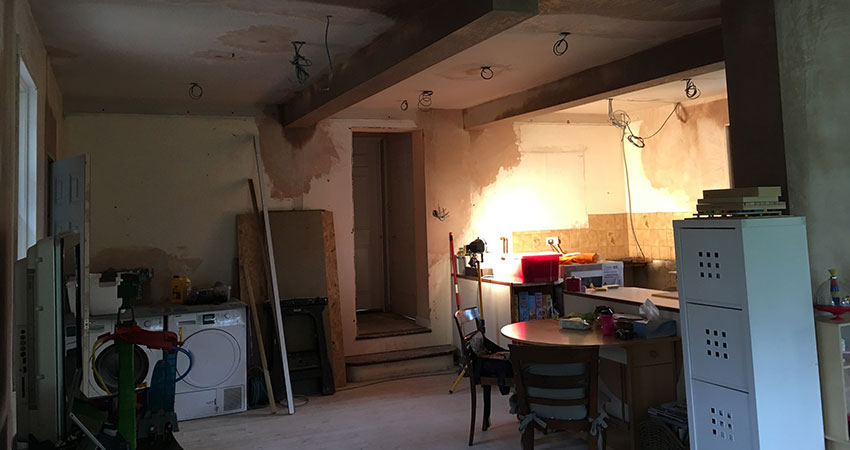 This project was completed in two phases –  Phase 1 was internal and refurbish works and Phase 2 was the 2 storey extension.

During the first phase we put in 2 new windows, removed walls and opened up the existing lounge by installing new steels. We turned door openings into windows with arched brickwork. Timber finishes were installed to the new window reveals internally to match existing. This was all done throughout Jan & Feb avoiding the bad weather for external works due to begin on phase 2.

An old conservatory was carefully deconstructed and sold by the clients to allow for the demolition of the conservatory base and for site clearing and footings to be dug. Drainage was dug and fitted during the footing stages so all the groundworks were completed first. Next we poured the concrete footings and were ready for brickwork to begin. The detailing of the brickwork on this build was interesting as we used 4 different kinds of brick. The porch was fresh field lanes with a Warnham red corner detail and the main extension was a LBC dapple with a engineering dark brick for the corner detail all to match the existing.

Once the walls were built it was time for the roof with 4 large dormers giving plenty of room for the new main bedroom with ensuite bathroom and new family bathroom. The roof had to match the existing with particular detail to the combed ridge tiles. Then to inside which was stud walls only as the client wanted us to build the shell and internal stud walls leaving all the finishing for them to carry out at a later date. This was all achieved within the time-frame and more importantly within budget.