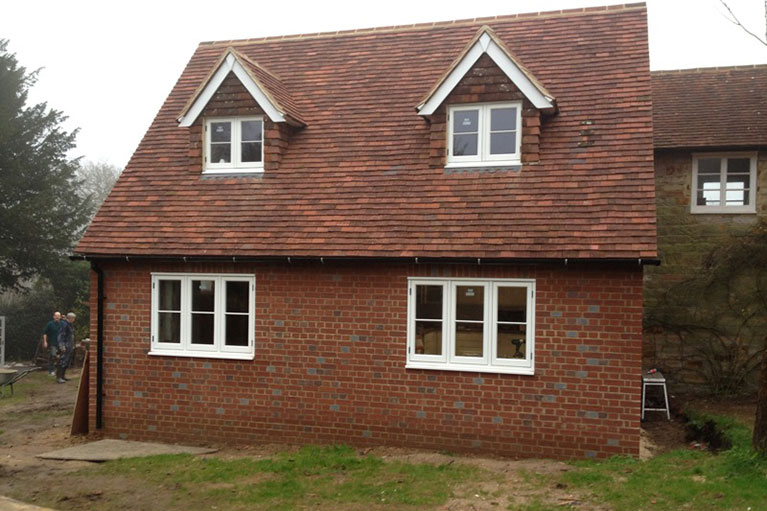 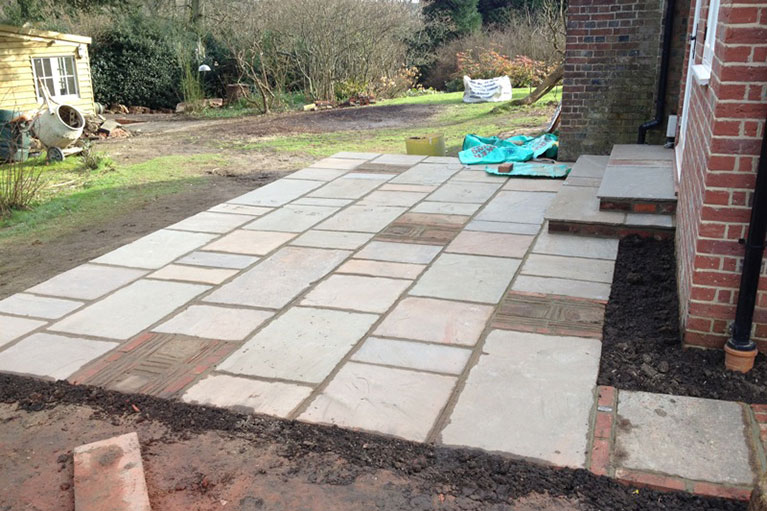 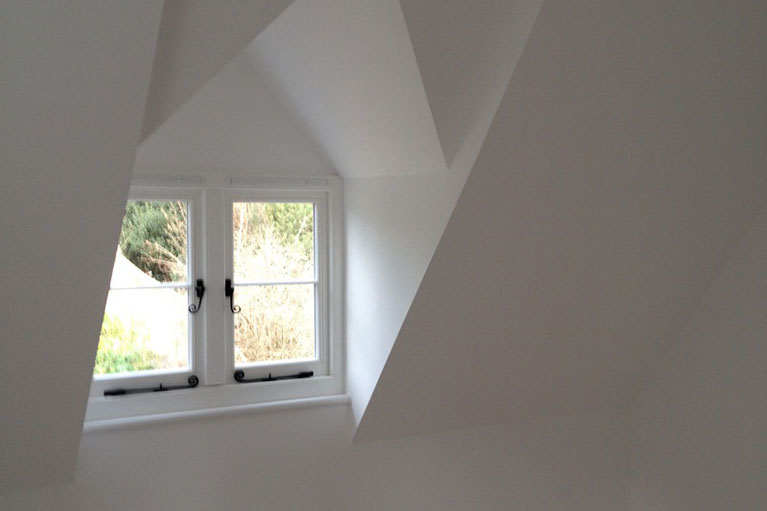 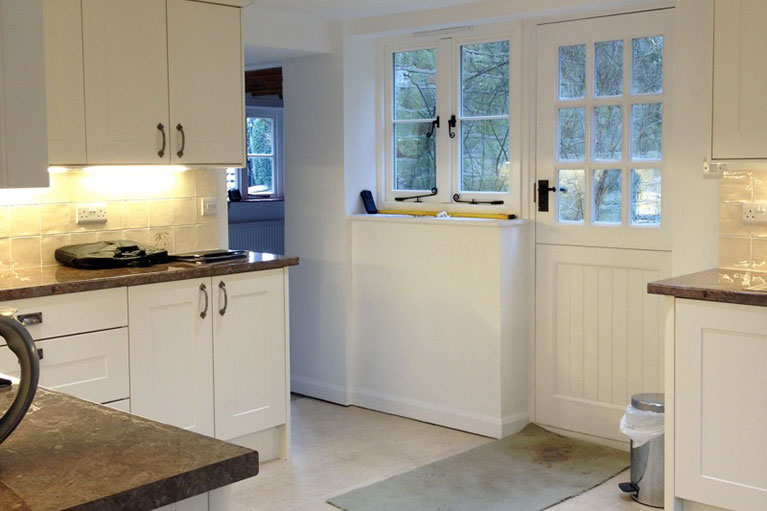 Before our clients took it on, this quaint cottage hadn’t been lived in for two years and as it was over 80 years old it was in need of some attention. It was also too small for their needs so the project was to extend as well as renovate it.

First we demolished an existing small extension that had been built 20 years previously. It was extremely well built so we were able to leave one of the walls standing to provide the dividing wall in the new extension. For the new brickwork we took great care choosing and laying the bricks to ensure a perfect match with the original building. Similarly, matching tiles were selected to give an authenticity to the new roof, which incorporated two attractive dormers providing a charming feature inside.

A key priority for our client was to preserve the period charm of the cottage. We sandblasted the original beams and used old oak timbers in the new walls and ceilings to give it the same character as if it had been built years ago. A new but traditional style staircase was installed, and we restored and cleaned two large fireplaces so that they could once again be used.

With that messy task completed the decorating could commence. All the new timbers that we installed had to be carefully stained to match the 100year old timbers and then the walls, ceilings and woodwork were decorated to a very high standard so that the whole cottage looked brand new. Once we had installed the kitchen, bathrooms and heating system the clients were delighted to move in and to reinstate Yew Cottage as a beautiful and welcoming home. 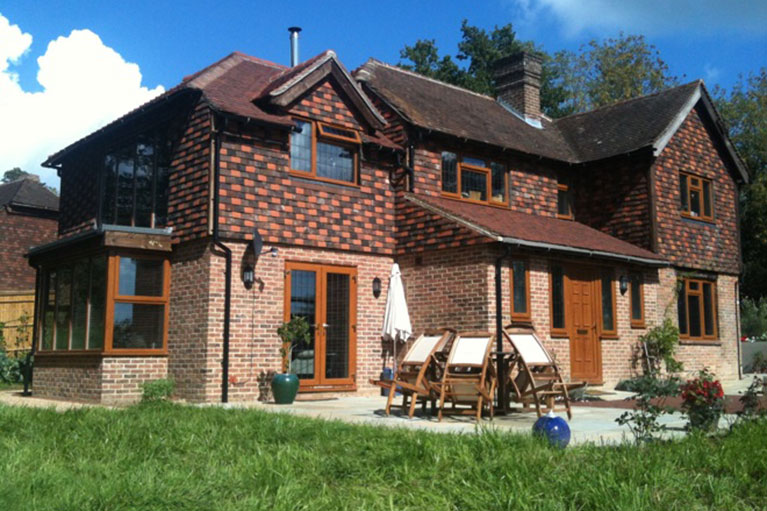 Ballards was a vacant 1960s three-bedroom character cottage, but our clients needed more space to accommodate their large family so… 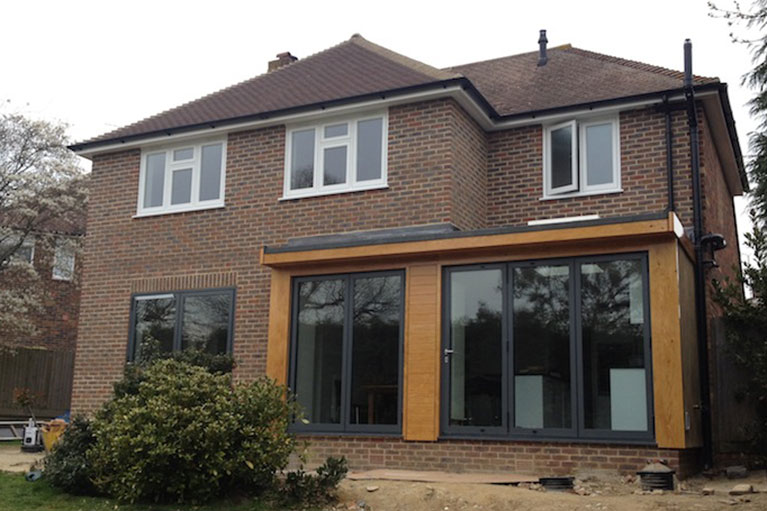 Our clients, owners of Ash Grove, one of a group of good quality 1950s self built houses in a cul-de-sac,… 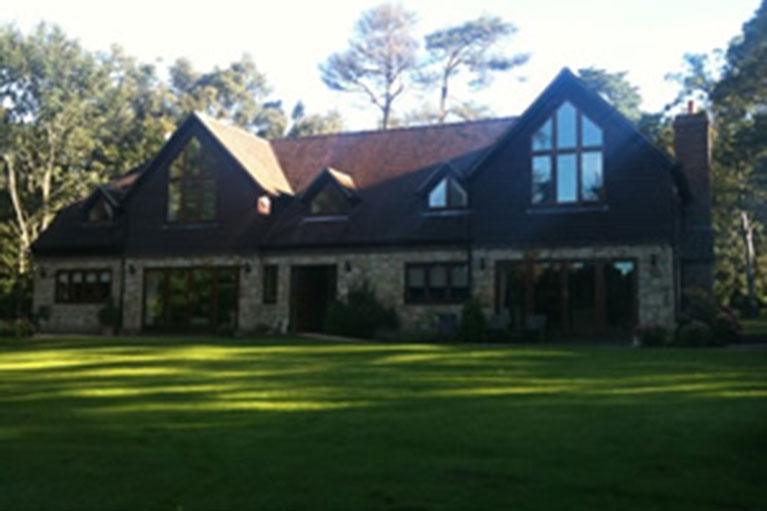 At the outset, the plan was to build a new television room onto the ground floor of their house but…